Enjoy FREE delivery with B$80 or more spent. Find out more. 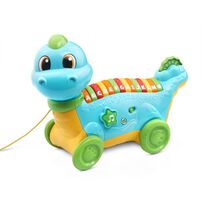 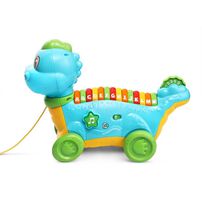 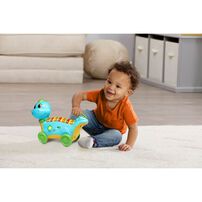 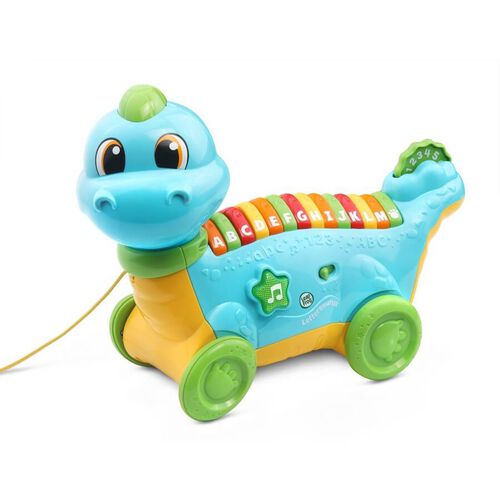 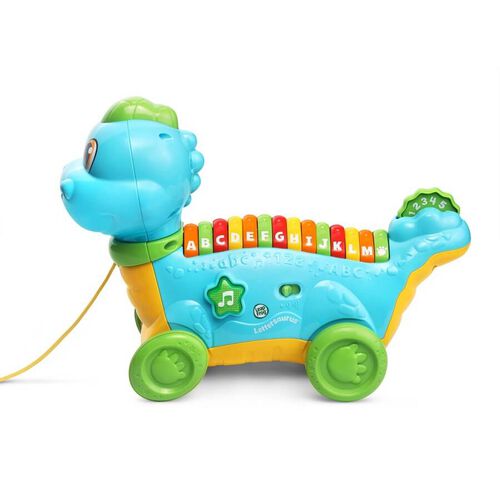 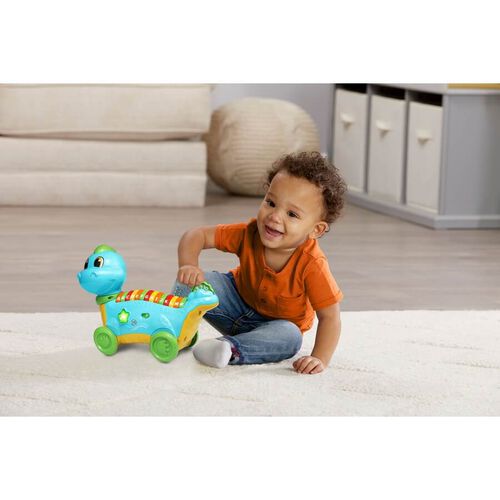 Learning letters is dino-mite with the Lettersaurus! This adorable alphabet dinosaur has colorful letter buttons on his back that lets kids explore letter names and the sounds they make. Press the dino or footprint button to hear friendly phrases or add sounds to a jungle beat. Spinning the tail wheel introduces numbers and plays a counting song. For more music, pressing the light-up star button plays three upbeat songs. The dinosaur toy is also a pull toy that turns his head side-to-side as he wobbles along. Intended for ages 12+ months. Requires 2 AA batteries. Batteries included for demo purposes only, new batteries recommended for regular use.

Number wheel
Spin the number wheel on the dino’s tail to explore numbers.

Light-up star
Press the star button to hear an ABC, counting or a dino song.

Pull-along play
Pull the dino along to see his head turn side-to-side as he wobbles along.

Foot print button
Trigger a cool jungle beat, then press the letter buttons to add sounds to the music.

For more information please visit the Help Center.
If an item is faulty or does not match its advertised description you can return within 21 days of purchase. Simply take your item to your nearest store with the proof of purchase or contact our Customer Service team.